After being confirmed by a 58-41 vote in the Senate, Ben Carson officially became the 17th secretary of the Department of Housing and Urban Development on Thursday evening when he was sworn in by Vice President Mike Pence.

Carson took the oath of office alongside his wife, Candy, and his granddaughter, Tesora, who held the bible for Carson. 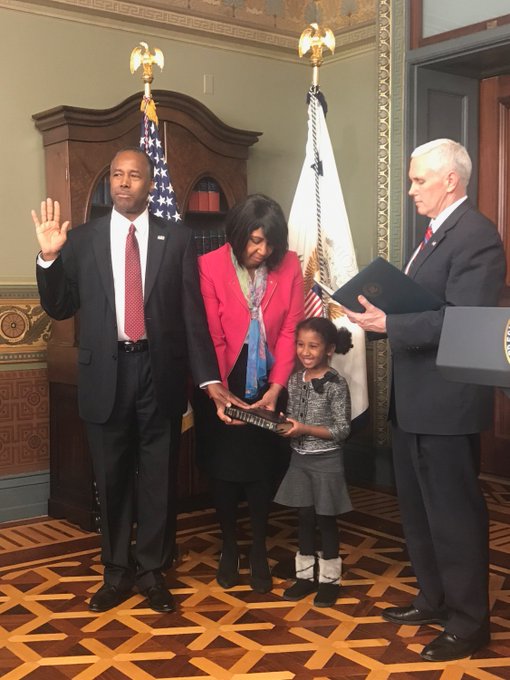 After being sworn in by Pence, the vice president took to Twitter to congratulate Carson, stating that “Secretary Dr. Ben Carson will open doors of opportunity and meet the needs of our most vulnerable.” 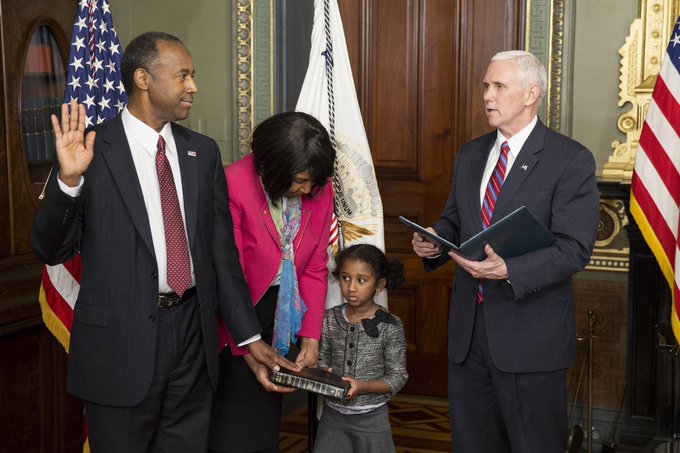 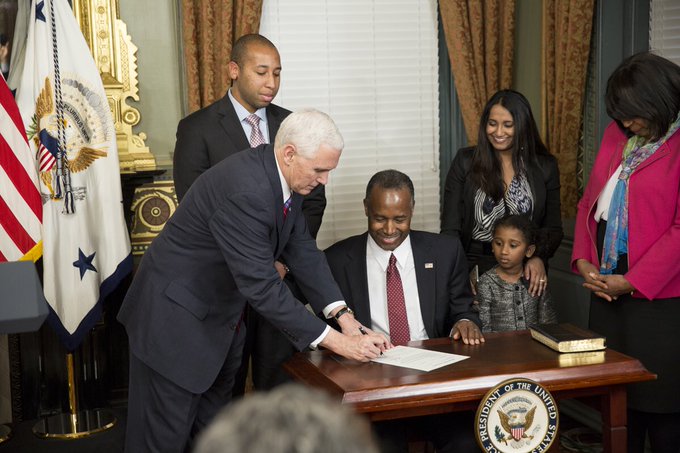 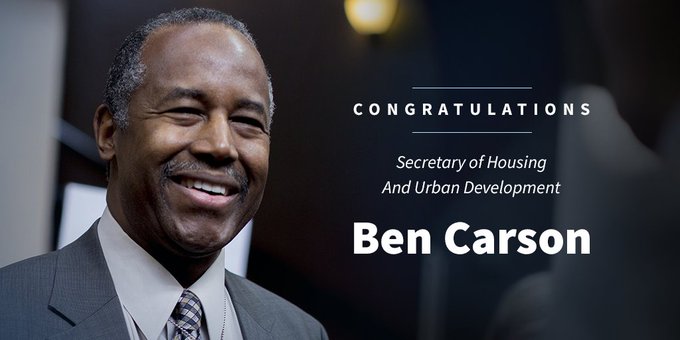 Carson takes over at HUD for Craig Clemmensen, HUD’s Director of the Departmental Enforcement Center, who served as interim HUD secretary during the transition after Julián Castro left at the end of the Obama administration.

As HUD secretary, Carson will be tasked with leading an agency that has approximately 8,000 employees and boasts an annual budget of more than $40 billion.

“I am immensely grateful and deeply humbled to take on such an important role in service to the American people,” Carson said in a statement after being sworn in.

“Working directly with patients and their families for many years taught me that there is a deep relationship between health and housing,” Carson continued. “I learned that it’s difficult for a child to realize their dreams if he or she doesn’t have a proper place to live, and I’ve seen firsthand how poor housing conditions can rob a person of their potential. I am excited to roll up my sleeves and to get to work.”

According to HUD, one of Carson’s first actions as HUD secretary will be to embark on an “ambitious listening tour of select communities and HUD field offices around the country, beginning in his native Detroit.”

Before leaving for that listening tour, Carson spent his first day as HUD secretary on Friday.

As part of his first day, Carson greeted HUD employees, posting from his new @SecretaryCarson Twitter account that he is “looking forward to meeting (HUD) employees across the country.” 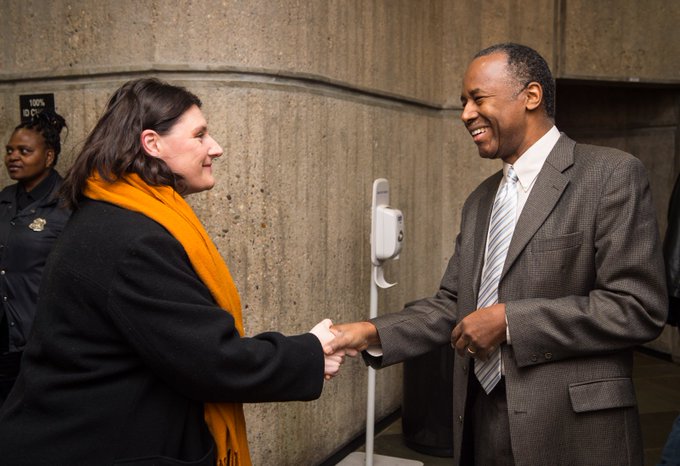 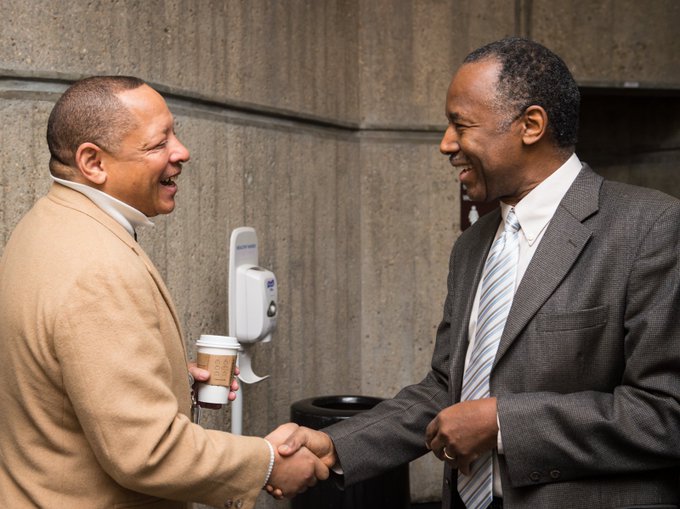 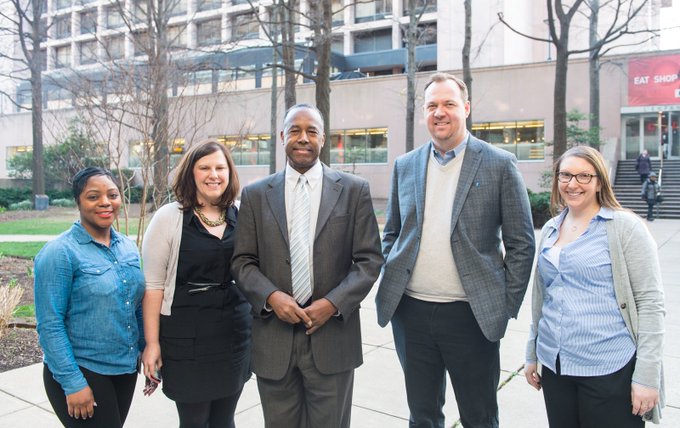 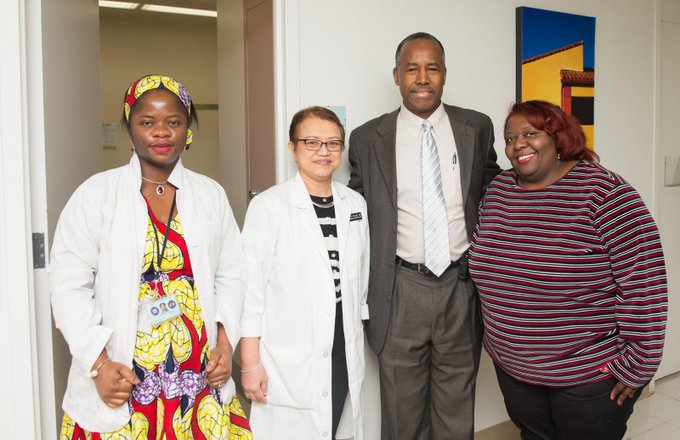 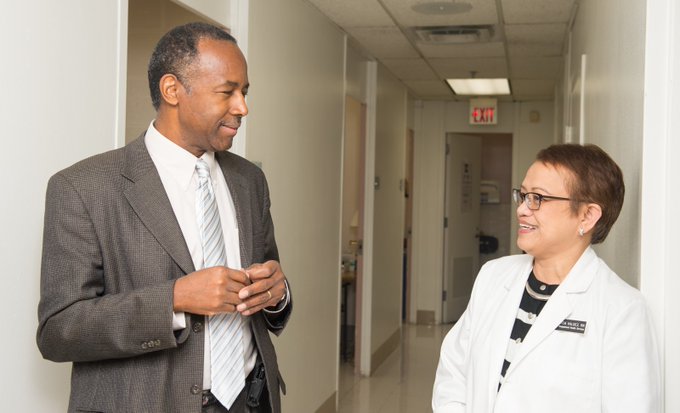 According to HUD, Carson also plans to give his first address to HUD employees on Monday.

~Original article can be found at HousingWire.com~