The 5 Real Estate Trends That Will Shape 2017 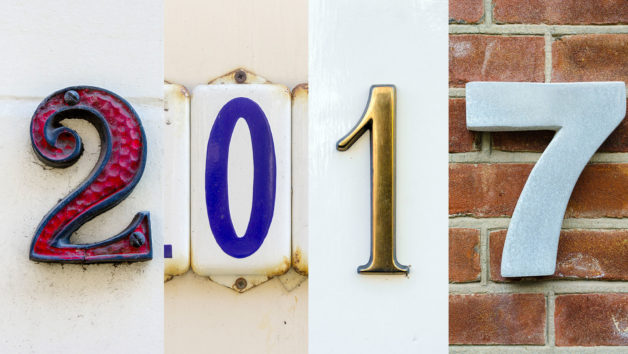 We won’t pretend to know everything that 2017 will bring—heck, 2016 sure surprised us—but we’re pretty certain there will be changes. A lot of them. And while the surprise triumph of Donald Trump in the presidential election won’t alter the fundamentals shaping the 2017 real estate market, its impact is already being felt.

We’ve seen interest rates jump since the election, a movement that’s likely to affect the youngest generation of home buyers.

Just like last year, realtor.com®‘s economic data team analyzed our market data and economic indicators to come up with a picture of the key housing trends for 2017. As we prepare to bid farewell to 2016, it looks like we’ll be saying goodbye to the last of the record-low interest rates of the past few years, too. Interest rates have shot up 40 basis points, or 0.4 percentage points, since Trump’s election.

And that’s significant, especially for first-time home buyers, including many millennials.

“With more than 95% of first-time home buyers dependent on financing their home purchase, and a majority of first-time buyers reporting one or more financial challenges, the uptick we’ve already seen may price some first-timers out of the market,” says Chief Economist Jonathan Smoke, who worked on the realtor.com 2017 housing forecast.

According to the forecast, the 2017 national real estate market is predicted to slow compared with the past two years, across the majority of economic indicators studied.  But maybe “slowdown” isn’t quite the right description.

“I would characterize our 2017 forecast as a moderation, as opposed to a slowdown,” says Smoke. “The pace of growth is still strong and, for pricing, still represents an above-average level of appreciation.”

Smoke says we’re mostly reverting to normal prices, after years of appreciation as the housing market recovered from its 2008 crash.

Recovery is good, but the flip side is that pricing is tougher for consumers, Smoke points out.

“Throw in higher mortgage rates, and it becomes more challenging to be able to afford homes compared to what it was over the course of this recovery,” he says.

Here are some of the key predictions for 2017:

1. Millennials and boomers will move markets

In 2017, the U.S. real estate market will be in the middle of two massive demographic waves that will power demand for at least the next 10 years.

Millennials and baby boomers, the two largest American generations in history, are both approaching life stages that typically motivate people to buy a home: marriage, having children, retirement, and becoming empty nesters.

Smoke predicts that millennials will make up 33% of buyers in 2017, lower than his original estimate due to those increasing interest rates.

2. Millennials will look to the Midwest

While the financial picture may look grim for our youngest home buyers, the Midwest, with its affordable cities, still looks good. We believe Midwestern cities will continue to beat the national average in terms of its proportion of millennial home buyers in 2017. Leading the pack are Madison, WI; Columbus, OH; Omaha, NE; Des Moines, IA; and Minneapolis.

3. Price appreciation will slow down

“Prices are still likely to go up at an above-average pace as long as supply remains so tight,” Smoke says. “The inventory problem is not going away.”

The inventory of homes available for sale is currently down an average of 11% year over year in the top 100 U.S. metropolitan markets—and the conditions limiting home supply are not expected to change in 2017. The median age of inventory, or the time it takes a home to sell, is currently 68 days in the top 100 metros, which is 14%, or 11 days, faster than the national average.

5. The West will lead the way

We’re expecting metropolitan markets in the West will see a price increase of 5.8% and sales increase of 4.7%, much higher than the U.S. overall. These markets also dominate the ranking of the realtor.com 2017 top housing markets (more on that tomorrow), making up five of the top 10 markets on the list: Los Angeles, Sacramento, and Riverside in California; Tucson, AZ; and Portland, OR.